Small Steps In The Right Direction 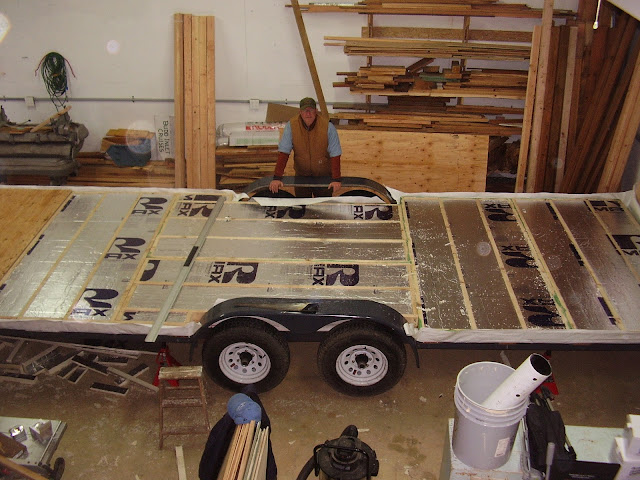 We had a complex weekend of transitioning from the foundation build to getting the flooring in place and building the boxes that will house the wheel wells. Key decisions we needed to make is where are the internal walls were really going to go, lay out the kitchen cabinet, lock down where the door is going to go. I knew what wall it was going in, but had not decided how far from each side wall it will be. I needed to know this as I will run flooring out that door space that I can cut to the right length once I have a door to put in. Once we got all the insulation in, we screwed and glued each of the top panels in. I then put down a layer of under-layment for the hard wood floor. 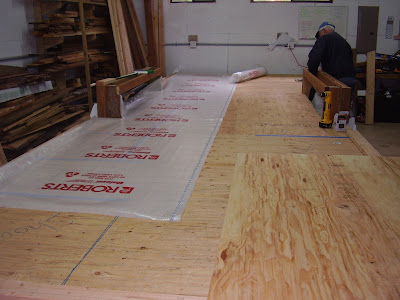 Stet was pretty concerned about the weight over the wheel well's and we both agreed that building a more robust structure was worth the weight of the boxes. Stet used fully treated 2x6's and treated 2x4 for the structure, he then lined the inside of the boxes with 1/2 CDX plywood that we treated with the water proofing and then will cover that with metal sheeting and tape to entirely seal the box area. They are robust and water tight and should work excellent to hold load bearing weight from the roof. 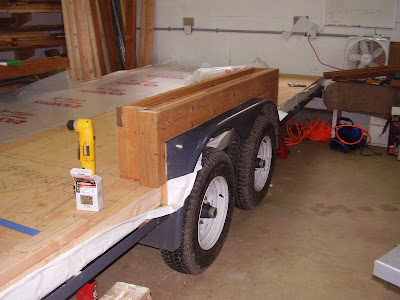 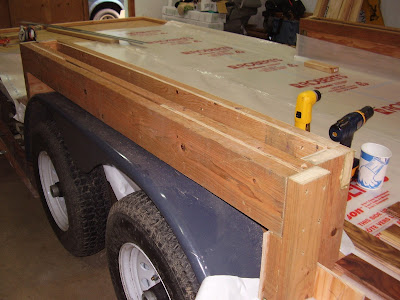 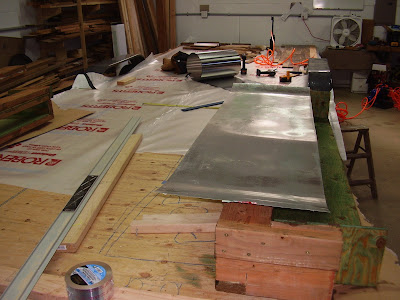 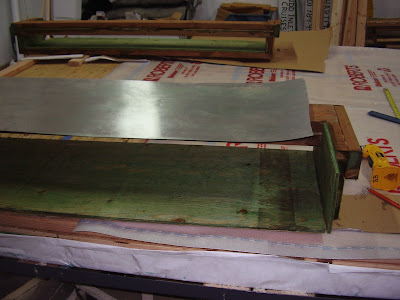 You are probably asking what this is going to look like on the inside with these monster looking boxes. Well not so fast there sparky, the right side wall will be covered by the Kitchen counter. The left side wall will have shelving above them with some below window shelves so it does not encroach that much on the living space. At the very end of the box toward the door I have 8 feet of open space. So they are not that intrusive or at least I don't think they will be. The only other option is to use a flat bed trailer that would cause the loss of 8 inches of head room in the loft. This was not an acceptable option in my mind.

Another part of the complexity was that I had never laid down hard wood flooring, for that matter any type of flooring. I had a challenge with the flooring gun that I bought. For those of you who are wondering why I bought a Flooring gun and did not rent, rentals of the gun is around $90 bucks a weekend, I figured it would take me two weekends or $180. The gun cost $200 and at this rate the two weekend plan still looks like a reasonable guess. It took me a bit to figure out how to use the gun and I only destroyed about 4 boards as the bracing board moved by the action of the hammer and power gun thus making the wall off square. I tore them up and started over again screwing the perimeter boards in. These screws will be covered by the T&G wall boards. After a little bit of tweaking the floor is coming out fine. I am pleased with the choice of wood, Acacia, blond stained. I layed out about 8 rows and made sure all of the joints were off set. I expect to be finished by the end of next weekend and we will move on to framing in the walls. 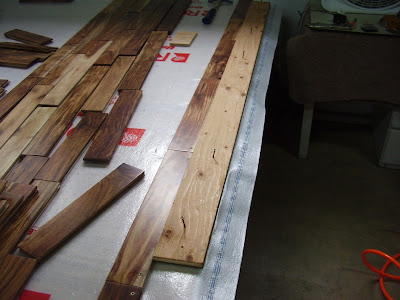 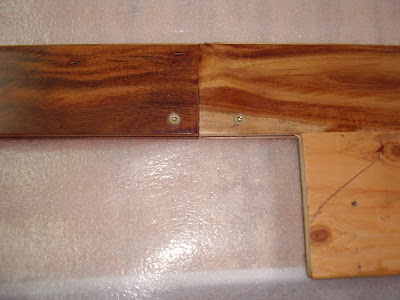 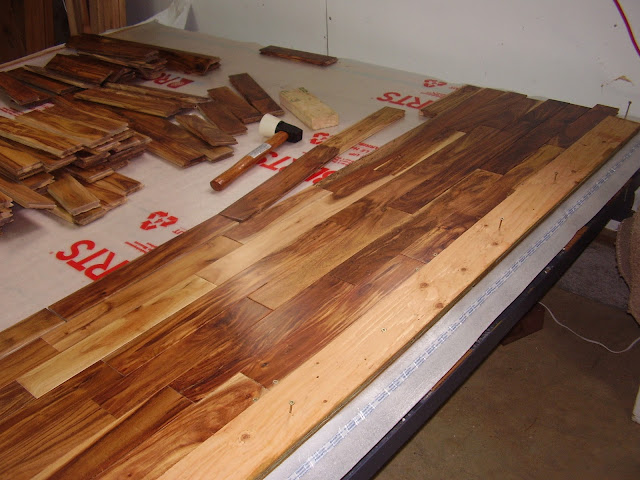