Now This Is What I Am Talking About

Well this weekend was full of planning, guesstimating distances and holding up windows and saying what about this. Since we are building without any plans we get to create as we go. This allows for some fluid decision making and then driving in a stake and moving to the next part of the project. What was accomplished this weekend was decisions around four of the windows. You might ask why I did not buy windows that fit my plans. First is because I have no plans, secondly it is because when I started the design and aquistion process of my materials I came across an ad on Craigslist, 6 New Pella Impervia windows $150 each, buy all 6 for $600 bucks. I soon became the proud owner of 6 new windows that retail for over $2000, Yippee. I just figured I would design and build the my mini cottage around the windows. One of the first things people always used to say to me was it is going to be dark in there, you need windows, and skylights, and a convertable take off roof. You get the idea. Well I have 6 really nice windows, actually 7 and a Sky Light. Part of the challenge with windows is it compromises the structural integrity of the structure. While I will address this in another post, the way we are constructing the walls should mitigate the big holes we are putting the walls. I am pretty sure the Sky Light will end up on Craigslist. Three of the windows are 2x4 feet and I wanted one in the Kitchen. The big issue was in the kitchen the counter would not fit the single hung window vertically. So it is now going to go horizontal. Problem solved. 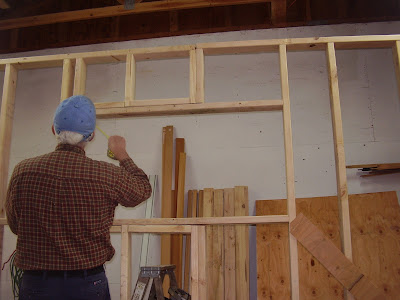 We actually are framing in 8 foot sections with a full wall and then going back and framing in the windows and cutting out the 2x4 sections to open up the space. 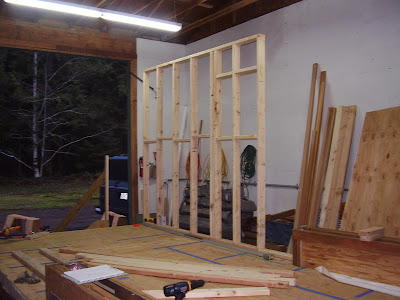 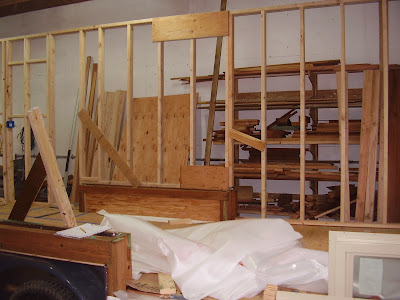 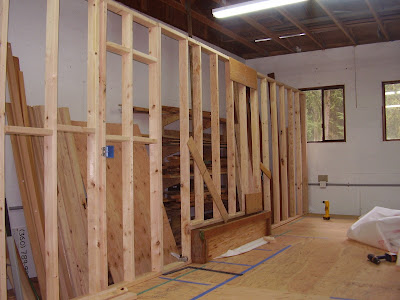 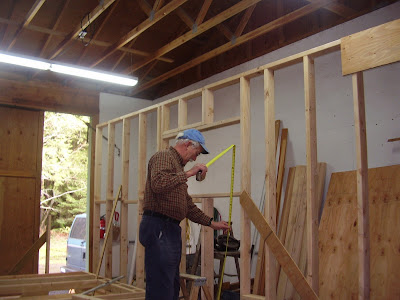 Once we build out the wall and make sure it fits and is appropriately sized. We then bring it back to the working end of the building and cut out the windows and do the detail framing. Once that is done then we take it back up to the wall and fasten it in. Once I have all the walls done, I will go in and bolt them to the trailer. 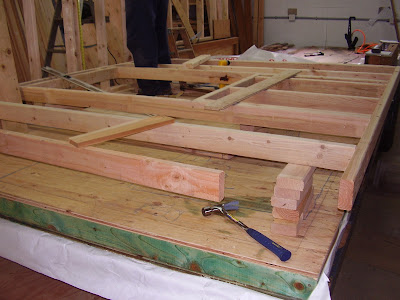 We also finished the wheel well boxes by lining the internal exposed parts with aluminum sheeting and taping them tight. We then moved them into place and screwed them into the floor foundation. Check that off the list those are done. 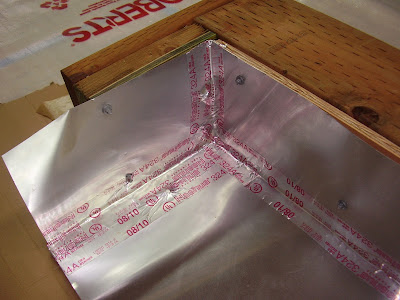 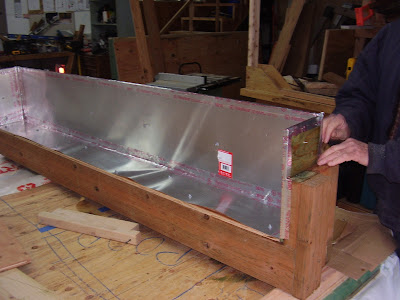 Lastly I almost finished the floor section on the back of the trailer, it will be done in about an hour of work next Saturday. My concern was having to deal with the left side wall and the nail gun. I wanted get in that section of wall prior to us putting that wall in place. All the rest of the hard wood flooring does not have a left side wall so I am good to go. I will probably wait till most of the finished before doing the rest of it. It will now get covered in Rosen paper and covered in card board and then I will put a couple of sheets of OSB plywood on it to protect it. It is turning out like I had hoped and it is not that much of a pain to put in...so far. 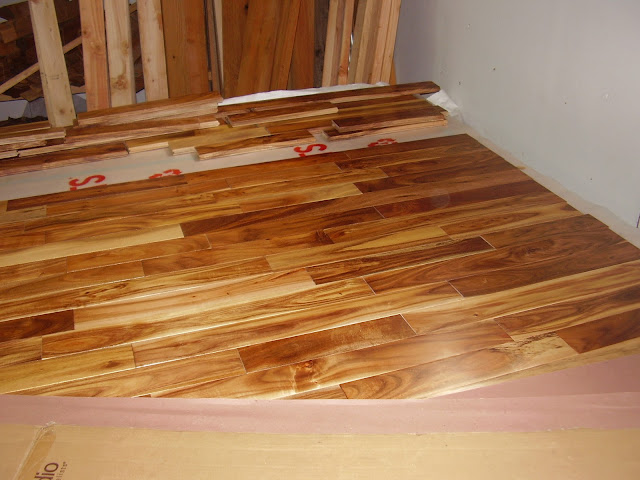 At this rate we might have 80% of the framing done next weekend and will probably start sheathing the walls. It is easy to see progress at this point. Every weekend it is something new. It will move a bit slower when it get's to the finish work. Bring it on!
Posted by zboatman at 7:09 PM