Well I knew it was going to happen sooner or later. I left my camera in Olympia and have no photo's to show this week. Maybe that is a good thing as I can just describe the great progress we made. The goal for the weekend was to get the plugs in and move to the shower and getting it blocked in. Well plans change, no plugs, no shower blocking.

I got focused on finishing the wire pulling and had some finish work to tuck in the wire running from one side of the trailer to the other side across the loft supports. I added a couple of more brackets and once we have the loft in place I will box in the wire runs. I acquired two fans, one for the bathroom and one for the kitchen. Most of the folks I talk with are concerned that since I am using closed cell foam for insulation it will be like a thermos bottle inside and really needs good ventilation. These will be installed later in the process but I have the wiring in place for them both so I should be good to go. I also have a peak fans for cooling that runs off of DC for when I choose to be off grid.

So with 95% of the wiring done and the last part is how it exits the trailer or gets into it depending on your point of view. Those discussions will take place next weekend and the few remaining wires (Solar, DC Battery) will be installed. Stet took the time to go over every internal seam in the sheathing and placed blocking over them. They were all screwed and glued.

We finished the entire front end of the trailer. It is sheathed with 3/8 CDX on the inside and sealed for water protection (shower). We insulated the space with Rmax rigid foam with a R factor of 18. We then Tyveked the entire external wall in a single sheet of Tyvek. It was actually a pretty simple process and it worked really well. We tacked it lightly and then cut a modified "Y" in each window opening. I had watched many You Tube video's to get an idea of what I wanted to do to seal up windows. I finally decided to follow Matt Risinger and his example of how to Install A Window. This was the best one of all the one's I watched and I watched a lot, I have never installed a window before. I took some cool photo's of this event, there in my camera in Olympia so you are going to have to wait a week to see them. Matt has some great stuff on his blog Green Building Video Blog.

I now have two windows installed and they took about 40 minutes each. We will do two more Saturday morning and will be leaving the front window to the last as it is the only door we have into the trailer until we pull it out.

Art Ray of Art Ray Plumbing & Repair stopped by on Sunday afternoon and put in all the Black Pipe for the propane. All the pipe to the inside components is 1/2 inch and the run to the front of the trailer is 3/4 inch so I should have no volume issues. I have a pipe coming up between the Hot Water Heater and the Stove and I have under the trailer a run from there back to the Propane Dickinson Fireplace. I am pretty comfortable having this done professionally. It would have taken me a full weekend or two to do it and he did in two hours. Cost was well within budget, thanks Art!

I did have a visitor, Lynn and Lady came by to check out the progress. It was a good weekend, looks like I am in the market for siding, now that sounds fun. 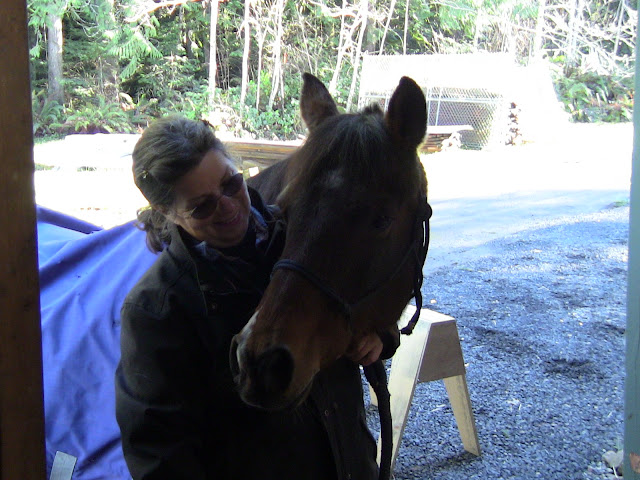