I Continue To Build Out The Cottage 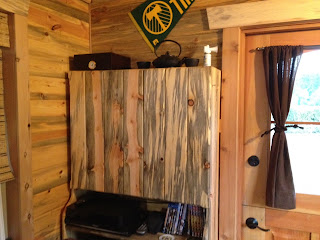 Well I broke down prior to the Olympics and installed a Cabinet at the front door. The purpose of the Cabinet was to house my flat screen TV. I did not want to mount it on the wall without having the option of being able to cover it up. So I built a cover which you can see above that cover where the TV is mounted. I have very little shelf space so this has been a good addition in that regard. 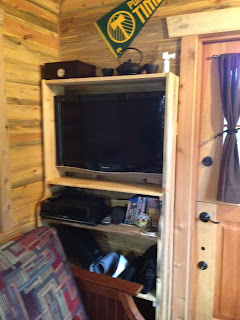 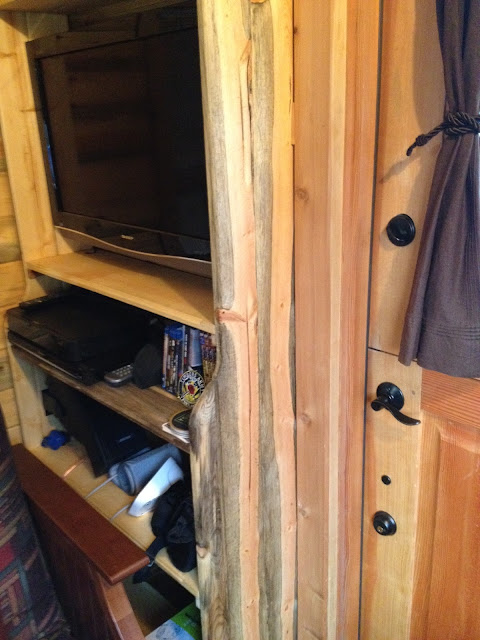 All in all it is serving a good purpose and was a good use of that space without taking away from the look and feel I like about the Cottage. Since I am up in the middle of a field I had to go the DirectTV route which has been great for my soccer addiction, not so great for my book reading habit. Doubt I will ever stumble over to watch things like "Here Comes Honey Boo Boo" though. 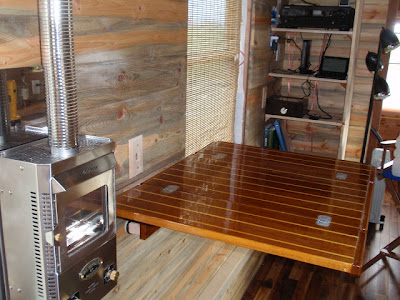 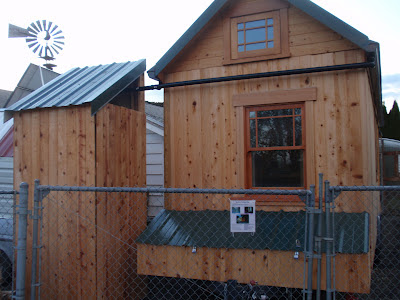 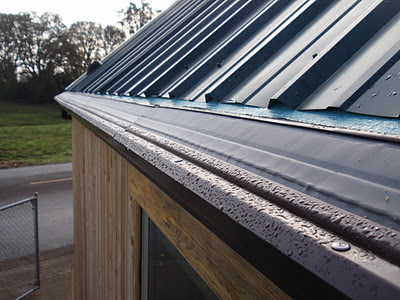 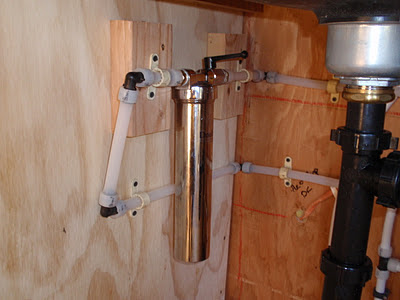 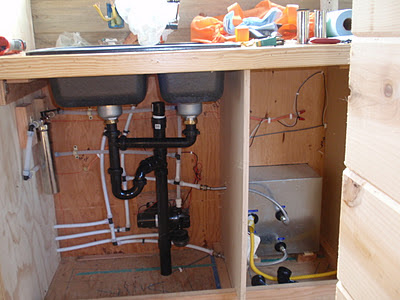 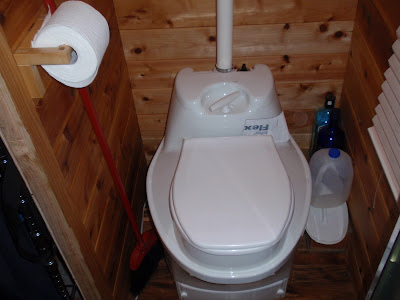 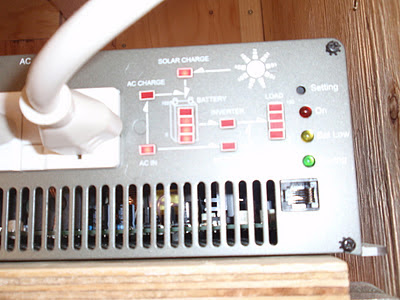 With the awesome weather in the Pacific NW this summer, I decided to take advantage of it and added two new solar panels to my mix. I purchased them from one of my two sources of solar equipment, GoGreen Solar. While their web site was not clear on the minimum amount of panels you could buy (I wanted only 2, they now have a minimum of 5) They were good to work with and went out of their way to make this work for both of us (I got a very good deal on these panels). The panels are 235 Watt Conergy and since I now have two I am pumping 470 watts of goodness into my batteries. I also added BZ MPPT500 Charge Controller, seen below as the white box. 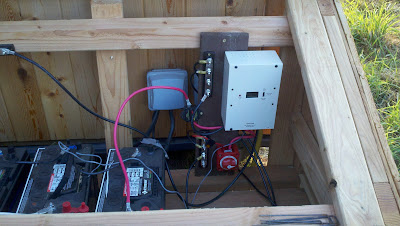 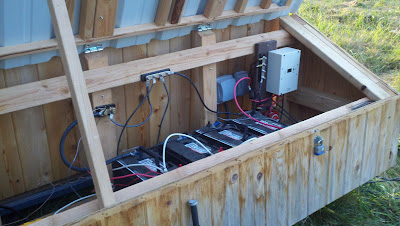 As you can see from the picture I am coming in off the two panels into a bus bar, go through a 40 amp fuse and into a cut off switch and then into the Charge Controller. Coming out of the Charge Controller I go to a 50amp fuse and then into the batteries. I am running 4 - 12volt, 100 amp hour batteries. I monitor all this with my TriMetric battery monitor (TM-2020). I got it from Backwoods Solar who is also excellent to work with and would recommend them highly.

The Cottage is coming along nicely and I love my new location. The panels seem to fit in well and they are making a big difference on my lack of reliance on the grid power. 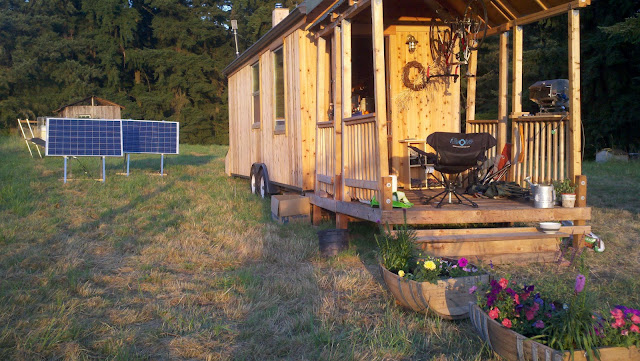 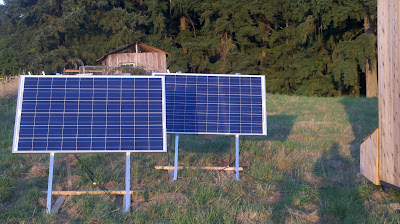 While I am located in this field I have had to add a little ambiance to make this place a home. Nothing like a little color to brighten thing up. 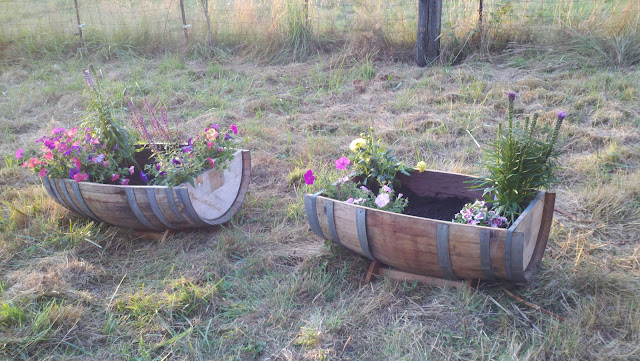 For those of you who have been following along, we have had no rain for a while now. I am still with the 205 gallon tank I started with and I was able to go from September 2011 when I moved in, to July 2nd with never needed to pull water from any other source but rain. When I moved out I drained about 100 gallons out of the tank into tanks for my brothers garden. At my new property we have a well so it is not a big deal for me to fill my tank which I just refilled over the weekend. I went about 30 days on the first tank so I am averaging  around 6.8 gallons a day usage (good to know).

I am thinking about getting a bigger tank but at this time, there really is no demand for it. The tank I am looking at is 550 gallons and at my consumption rate I could go 80 days on it without rain, pretty cool.
Posted by zboatman at 8:16 AM 8 comments: